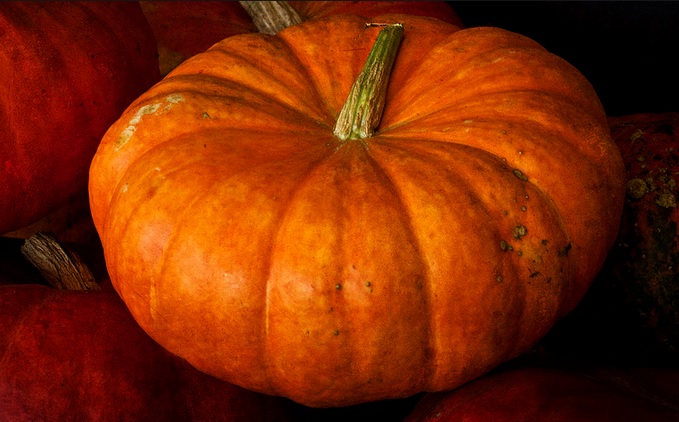 Seventy six participants took part in this research. The extent of their hair loss was labeled as moderate. To establish proper baseline conditions, there was a three month requirement where the subjects were asked to refrain from taking any type of drug or supplement for treating their baldness.

The participants were divided into two groups. One was given a placebo. And the other was given 400mg of pumpkin seed oil in oral gel capsules. They were asked to take two in the morning and two at night before meals.

The subjects were observed at the three month and six month point. Assessments were conducted according to three methods:

Photos of the subjects were shown to researchers who then issued ratings on a scale of -3 (greatly decreased to +3 (greatly increased). It was not known whether each image represented a participant who took the pumpkin seed oil or the placebo

The participants were each given the opportunity to assess their own hair growth, according to this scale.

The final results were quite interesting. Within the group who took the pumpkin seed oil, the following observations were noted:

Within the placebo group:

Compounds within pumpkin seed oil are believed by researchers to block the 5-alpha-reductase enzyme which breaks down testosterone into DHT. This helps prevent damage to the hair follicle’s processes for producing new shafts. Those who are genetically predisposed to pattern baldness will have protein receptors embedded at the base of these structures which are sensitive to the effects of DHT. This causes them to offer poor defense against this compound. And when DHT binds to these receptors, less nutrition and oxygen are available to the follicles.

Essentially, pumpkin seed oil works in a similar fashion to many forms of hair loss medications by blocking the alpha reductase enzyme. The extent to which this occurs on a biochemical level, would obviously differ between pharmaceutical drugs and the food product.

Individuals who are interested in more natural hair restoration methods  may be interested in incorporating pumpkin seed oil in their diets. However, it is realistic to expect results to vary widely. This would largely depend on the severity of hair loss. And at this point in time, pumpkin seed oil can be regarded as a supplement rather than an actual replacement for FDA approved drugs like Rogaine and Propecia.

All information contained within this site is for reference purposes only. You must consult and follow the directions of your physician and licensed health care professionals. Natural products have not been evaluated or approved by the FDA and are not intended to diagnose, treat, cure or prevent any health condition or disease