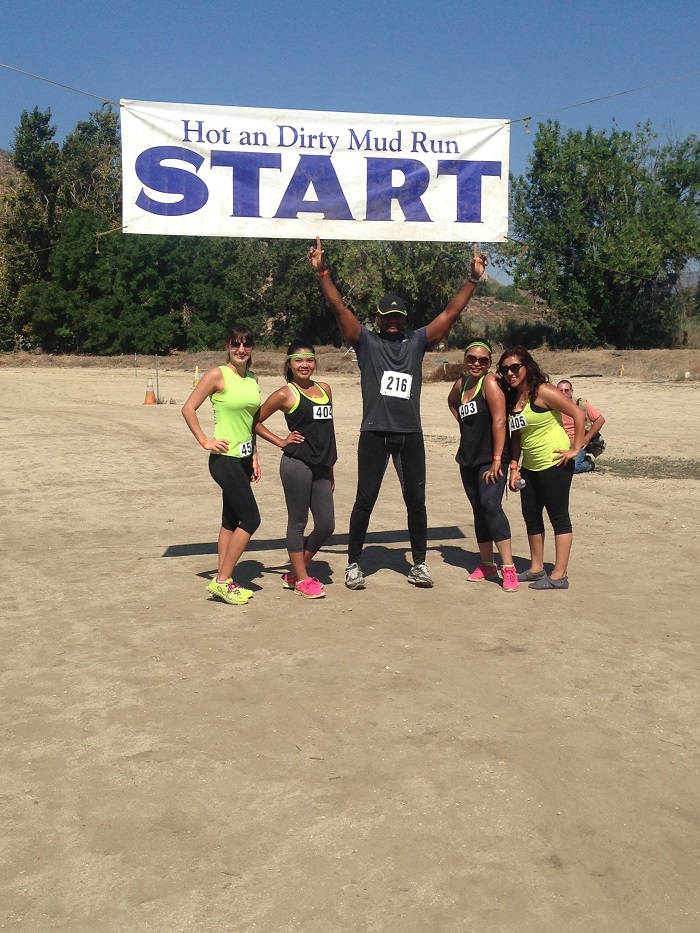 Rumble In The Mud Pit

At Derm Hair Clinic, we foster a work culture that is dedicated to excellent service and patient care. But also, we like to enjoy life and participate in opportunities to give back and be a positive force in the community.

On September 14, 2013, we participated in Mud Run II, which was held in Acton, near the Antelope Valley. This is an event series sponsored by the Wounded Warrior’s Project. And it is organized by a father and son team, Ted and Kyle Guilmette (who served in Afghanistan)

The Wounded Warrior’s Project is a non profit that provides events, programs and resources to veterans who were wounded in military engagements following 9/11. The organization is dedicated to economically empowering former soldiers and helping them adjust back to civilian life.

The 5K Mud Run that we were involved in consisted of:

Here are pictures of our team getting down and dirty!

Although it was 99 degrees, there was a lot of water and mud to balance out the heat and help the group of200 participants cool down.

Ted Guilmette and Mike Minton, a senior master sergeant came up with the concept for the Mud Run, which has now become a regular event. According to Minton, “One of the things Wounded Warrior does is take people with missing legs and arms and gets them back out there doing running….To go from being injured on the battle field to being able to compete again with prosthetics helps guys feel like they’re back in the community.”