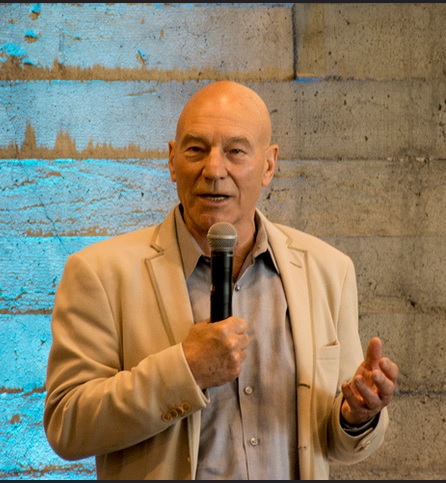 Blog July 4, 2013December 28, 2018
Patrick  Stewart’s baldness has not deterred him from becoming one of the most well respected actor who happens to be bald. Because of his confidence and composure, he makes it look like it is really no big deal. Also, his fans could not care less.  Prior to landing the leading role on Star Trek, he has spoken openly about the challenges of being a bald actor trying to find work.  What is interesting is that nowadays,  it is possible for men who have lost most of their hair to reverse their condition through Advanced FUE procedures.

Patrick Stewart As A Struggling Actor Without Hair

Patrick Stewart has appeared on several British talk shows talking quite candidly about his hair loss.

And to increase his chances of getting a wider range of roles, he wore hairpieces to auditions. But in public, he would wear hats to cover his head.

Although everyone knows and accepts Captain Jean Luc Piccard as a bald character, this was somewhat of an issue when he was being considered for the role.

Since Star Trek takes place in the future, some thought that the issue of male pattern baldness would certainly have been solved by that point. But another point was raised that no one would really care by the 24th century.

Here he reveals that he started going bald when he was 19 years old and “it went in a matter of months.” This was his last year of drama school. And he thought that his career was over. Like many men who start losing their hair, he experimented with numerous hair loss products and states that none of them worked.

Many of today’s well known actors also struggle with hair loss.  And they rely on hair pieces as well. Some have even been photographed with mesh showing as well as other undeniable clues.

Although actors like Bruce Willis  and Vin Diesel have set the standard for making complete baldness a fashion statement, not all men feel comfortable with this look.

For those who really want to have hair growing once again on their head, hair transplant through Advanced Follicular Unit Extraction is now a reliable option.

Large quantities of body hair follicles can be extracted using uGraft tools. These devices will not damage the grafts. And they are customized to create precise donor wound shapes so that patients are not left with visible marks on beard regions, chest, arms, legs, abdomen etc.

Here is a patient example:

To learn more about this patient’s experience and hear what he has to say, click here.