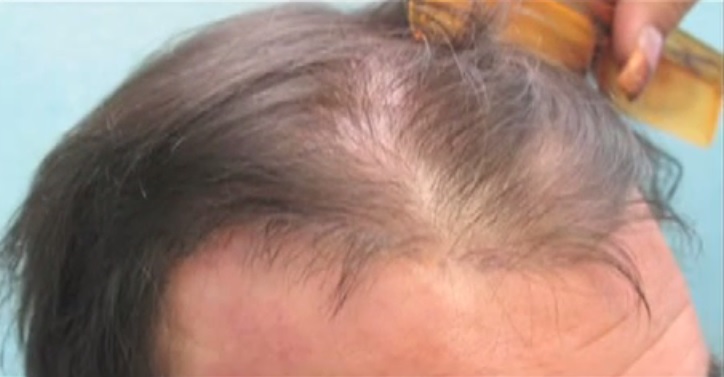 Blog July 7, 2012December 27, 2018
Temporoparieto-Occipital Hair Flap Surgery : The Temporoparieto-Occipital Flap procedure was first performed in 1975, long before modern techniques in hair transplant procedures. It is considered to be an outdated form of hair restoration. Except for rare situations it is considered and obsolete and antiquated procedure fraught with problems. Rare situations in which it may be considered include rare instances of burn victims, accident victims or individuals with congenital birth defects.

How Is Tempororparietal Occipital Hair Flap Surgery Performed For The Restoration of Hair?

The name may sound very complicated. But the basic idea behind temporoparietal occipital hair flap surgery is to reposition a flap of scalp tissue which has hair so that it provides a level of coverage in other areas of the scalp. This includes:

This diagram illustrates how this procedure is generally performed.

A hair flap surgery (often referred to as the Juri flap or Flemming Mayer Flap ) of hair bearing skin is partially excised from the side of the head and rotated into a new position across the front where a hair line is needed.

One of the downfalls is the abrupt and harsh looking results:

Consequences and Risks of Hair Flap Surgery for Hair Restoration

In addition to a hair line that has an obvious scar, other consequences and risks include:

1) Unnatural hairline around the ears. We normally don’t think about the border of hair around our ears, which is also referred to as the Peri-aucular hairline. But from the diagram above, using the flap as illustrated in process A will require stitches to close the resulting gap. And this will raise the hairline behind the ears. This will look unnatural compared to someone who hasn’t undergone the surgery.

This video illustrates a patient that suffered the ill effects of hair flap surgery before being fixed by Dr U UGraft hair transplant repair:

2) Hair restoration surgery may be followed by the additional progression of hair loss. Baldness may continue in the regions behind the flap. It may also continue in the back and sides of the head, thus revealing scars in the donor region.

5) Damage to the spinal accessory nerve  can result from the flap hair restoration surgery. In turn, this may result in the weakening of the trapezius muscle.

FUE Instead of Surgery for Hair Restoration

Temporoparietal Occipital flap surgery tends to have high complication rates and results are cosmetically unacceptable.  Follicular Unit Extraction for the restoration of hair can be used as an alternative to  flap surgery. Or it can be customized to repair the outcomes of this antiquated form of hair replacement.

The newer technique of extracting follicular units (natural groupings of hair) has a wide range of applications. For example, finer hair from the nape and other parts of the body can be artistically used for detailed hairline transplant purposes. FUE can also offer severely bald individuals excellent results through body hair transplantation, as Dr. Umar has demonstrated.  The extraction of individual hair grafts leaves small round wounds in the donor area that eventually heal. There are no linear scars to hide or worry about.