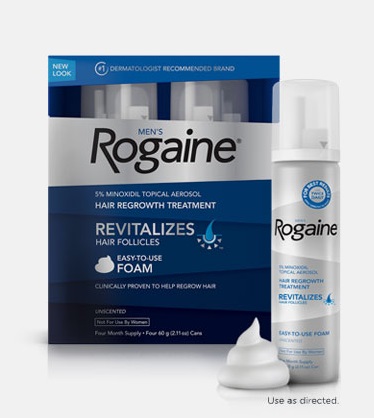 Blog, Hair Restoration July 14, 2014December 28, 2018
The effectiveness of Minoxidil for hair restoration will depend on having sufficient quantities of an the Minoxidil enzyme sulfotransferase.

It is commonly known that Minoxidil primarily works by dilating the blood vessels. Originally, it was designed to treat high blood pressure (hypertension). And during the initial clinical studies, high levels of hair growth on the scalp and body were noticed among the participants. This serendipitous phenomenon led to a new research direction in the area of hair restoration Eventually, the product was formulated into a topical medication for treating and managing genetic pattern baldness. The well known brand name version of this drug is Rogaine.

By increasing blood flow to the scalp, Minoxidil offers the hope of revitalizing hair structures which have started to miniaturize. This occurs when a testosterone byproduct known as DHT binds to genetically sensitive receptors at the base of the hair follicles.

Despite the fact that it is approved by the FDA for effectiveness, not everyone experiences the changes they were hoping to see. In fact, research shows that only about 38.3 percent of patients using the medication will witness its benefits. One possible explanation has to do with an enzyme in our bodies needed for Minoxidil to work. Without proper levels, the blood vessels near the scalp will not be able to enlarge.

In order for Minoxidil to increase the diameter of blood vessels, it needs to be converted into a different form by the body, known as minoxidil sulfate. The Minoxidil enzyme sulfotransferase is needed to carry out this bio-chemical process.

This agent works by transferring a molecule of sulfate to the minoxidil compound, thereby activating it.

One of the main reasons why Minoxidil seems to be more effective in some people, compared to others is that it is present in varying quantities across individuals.

Research has shown a correlation between high sulfotransferase levels and the effectiveness of Minoxidil. For example, those who do not experience the hair restorative effects of the drug have shown to have lower amounts of sulfotransferase.

Therefore, if an individual does not have sufficient quantities of this minoxidil enzyme sulfotransferase, upgrading the concentration of Minoxidil from 2% to 5% will not help.
Other Mechanisms Used By Minoxidil To Restore Hair

At the moment, the exact processes used by Minoxidil to grow new hair or manage pattern baldness are not clear. While the drug primarily enlarges the blood vessels, there are other pathways that are believed to contribute to its overall effects.

Many medical experts believe that Minoxidil also works by helping to increase the body’s production of a prostaglandin known as PGE2 which supports the growth of hair.

If the follicles have not completely lost their capabilities to produce new shafts, it is possible for Minoxidil to prolong the anagen growth phase of the hair life cycle.

Besides the above mechanisms which explain how Minoxidil works, it is also important to consider the phase of hair loss that an individual is experiencing. In more advanced stages, it is very likely that the follicles have miniaturized to a great extent and are no longer able to produce new hair. However, in earlier phases, there may be some hope of restoring hair growth processes by supporting the health of the follicles through the increased availability of oxygen and nutrients.

Although Minoxidil can be purchased over the counter, it is still helpful to see a medical doctor who can recommend it as part of a larger and more individualized treatment program for restoring hair.