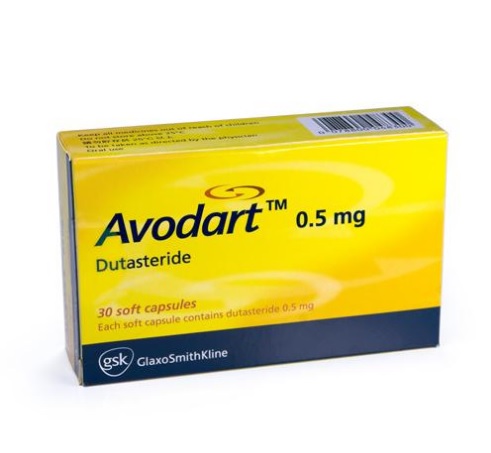 Blog October 18, 2013December 28, 2018
Avodart is a prescription drug, also known as Dutasteride. It is intended for use on benign forms of prostatic hyperplasia. This is a condition where stromal and epithelial cells multiply at a rapid rate, causing an enlargement of the prostate area. Can hair loss be treated with avodart?

Can hair loss be treated with avodart ?

Avodart is very similar to Propecia. Both drugs work by blocking the breakdown process of testosterone into DHT. However the difference lies in the type of enzymes that are targeted. The conversion of testosterone to DHT involves two forms of alpha reductase. Avodart blocks both (type 1 and type 2). Propecia on the other hand blocks just one (type 2)

Using Avodart to treat hair loss as opposed to prostatic hyperplasia is considered to be an off label application. However, research does confirm that Dutasteride does a much better job at improving hair loss conditions compared to Finasteride. This study was conducted by Duke University which compared 2.5mg of Dutasteride to 5mg of Finasteride. And the findings were published in the Journal of the American Academy of Dermatology (December 2006 issue).

Another study was conducted by Glaxo Smith Kline who manufactures Avodart. This was done in 2009 on South Korean male subjects with pattern baldness. According to the final data analysis, Avodart significantly improved the growth of hair. Although it would seem this would justify FDA approval for expanding the indicated usage of the drug for hair loss, Glaxo has not announced any initiatives to pursue this direction.

Besides the types of enzymes that the drugs will address, they also differ in terms of how long they remain in the body. Avodart will remain for several months. Propecia on the other hand, will only stay in the system for a day.

In terms of cost, Avodart is more expensive compared to Propecia.

Is It Safe To Use Avodart For Hair Loss

The off label use of Avodart for hair loss simply means that the FDA has not approved this particular application, although some physicians prescribe it to treat male pattern baldness.

The lack of FDA approval does not mean that using the drug for the hair is completely unsafe.  Basically, this means that various factors such as: long term effects and exact dosage parameters are not clear at this point, due to lack of research.

As with any drug, there are potential risks associated with Avodart. These include, but are not limited to:

What Can Be Expected From Using Avodart For Hair Loss

Results will not be immediate. It is recommended that patients  use the drug on a regular basis for about a year, before changes may be noticed.

During the initial six months, hair may shed or thin at a much faster rate than usual. This may be due to existing hairs exiting the follicles to pave the way for new hair growth.  Therefore, a year is an appropriate amount of time to evaluate the effects of the drug.

Hopefully this article has addressed your question: Can hair loss be treated with avodart? To learn more about Propecia and Rogaine, which have been FDA approved, click here to learn more.