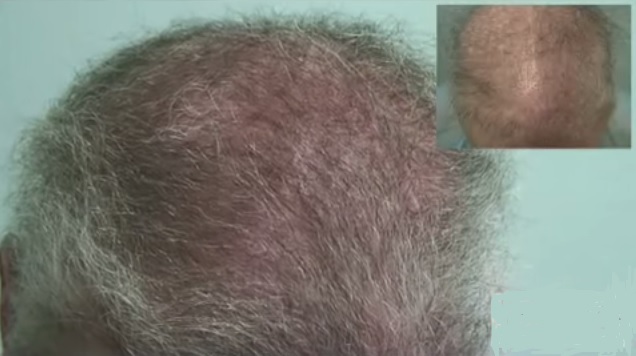 In recent years, an FDA approved wound-healing agent called ACell MatriStem has been presented by some as a hair multiplication substance.

Is there any merit to this claim?

The advocates of ACell as a hair-multiplying agent are counting on its ability to recruit stem cells as a gateway to producing the same hair multiple times. Thus far, there is yet to appear any conclusive evidence to show that it can achieve this. ACell’s wound-healing capabilities mean that it might enhance the healing process in donor and recipient wounds made during hair transplantation. That seems to be the extent of it. And that in its self is a positive development if proven scientifically. Further claims made, with regard to the ability of ACell to “multiply” or “clone” hair, appear to be sketchy and ambiguous at this time. The examples photographic evidence provided by its proponents as a hair-cloning substance have been thus far unimpressive. It is also noteworthy that the manufacturers of Acell have not made that claim nor have they included hair multiplication or cloning as an indication for the use of their product.

This agent, an extracellular matrix, is derived from pig urinary bladder, but exists within the cell structure of every living animal species. ACell promotes tissue regeneration, recruits stem cells for the wound healing process, and has antibacterial properties.

HOW ACELL IS SUPPOSED TO CLONE/RESTORE HAIR?

Some hair transplant specialists and researchers hoped that ACell MatriStem, when applied to a properly plucked hair, would allow that hair to be implanted and re-grow. Since plucking is not a permanent excision of hair, this would mean that the original hair would also re-grow; the same hair follicle would ostensibly produce two hairs, if the effects of Acell manifests as hoped. The theoretical basis for this work is based on the hope that when properly plucked, a follicle should retain its hair stem cells and epithelial cells. The theory was that once ACell was applied (and the hair implanted into the recipient scalp area) its healing properties would stimulate the body to regenerate itself. Its developers hypothesized that in using ACell, the body would rebuild a new follicle, with dermal papilla and sebaceous gland intact. A whole new hair would be born. Again, the evidence for this has been lacking, and the photographic evidence provided have been unconvincing.

Another proposed method is to inject ACell solution/suspensions into bald or balding skin. Some have claimed new hair growth from doing so. Ostensibly, ACell reactivates miniaturized follicles into a regenerated state. Again, photographic examples presented at the ISHRS meeting in Alaska as of September of 2011 have been nebulous.

UNTIL HAIR CLONING BECOMES A REALITY, BHHT AND FHHT TRIUMPH

Donor depleted repair patients or the severely bald individual may find ACell a disappointingly slow, if not fruitless, solution.

Yet triumphant in the midst of this are the numerous patients who have found relief by way of body hair to head transplantation and facial hair to head transplantation. The real and very evident hair restoration results achieved by pioneers of these methods have shown a vastly expanded donor pool in selected candidates. Adept practitioners of BHHT and FHHT, such as Dr. Umar, have successfully corrected severe baldness and donor-depleted states. Here are examples of patients who have benefited from BHHT and FHHT, whilst hair cloning remains in its conceptual phase:

If you would like to learn more about Follicular Unit Extraction, how it is done and its results, click here to read more.